Raggarök was my fifth project at the Game Assembly, and the first with the Wizard Loaf crew. The game was created in our own C++ and DirectX11 engine, Yellowsnow over the span of 10 weeks at 50% work time. The projects reference game was Star Wars Battlefront 2 during the space fight.

"Ram through the imperial greaser organisation and ignite a war that will end all raggare: Raggarök."

I worked on the players movement and camera during the last beta sprint and was struggling to find a balance where movement felt nice while the camera was moving along the spline.

In the end I found something to work fairly well, where I would clamp the players horizontal position to be inside 15% of the screens width, and clamping at the top of the screen. As the direction to the mouse positition relative to the camera and player is shaped as a sphere, I tired out different values and found a middle ground where the speed at the edges felt as good as when being at the center of the screen. I also placed the player one meter under the crosshair, always enabling vision of where you are shooting. 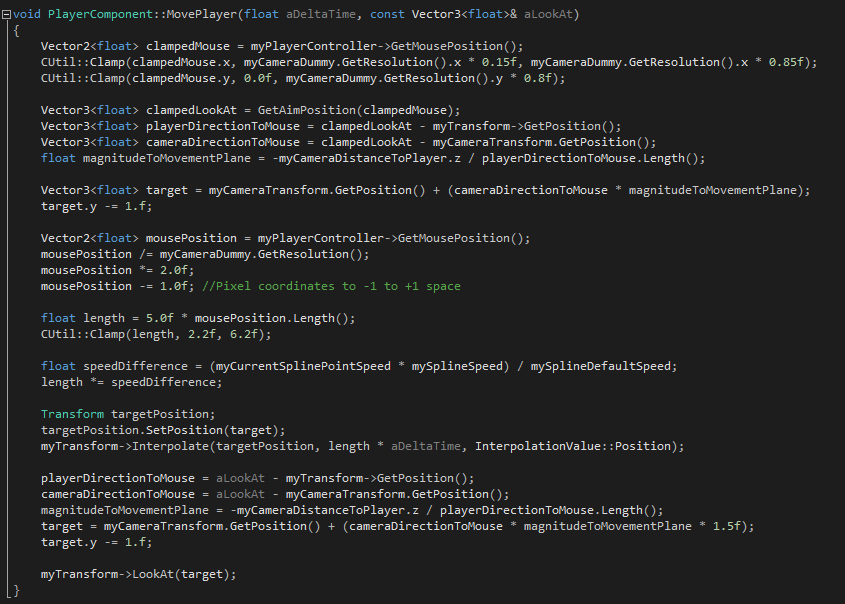